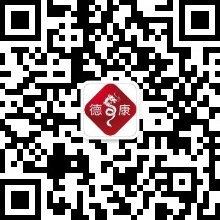 China Tour of the German Economy

On October 27, 2019, Georg Türk, CEO of DeKang GmbH and Co-Founder of the „German Hidden Champions Enterprise Association“, came to Pujiang County under the jurisdiction of Chengdu with the German economic community, and officially started his one-week business trip in China.

The Hidden Champions Enterprise Investment Cooperation Forum was held in the China-Germany SME Cooperation Zone Investment Promotion Center in Pujiang, Chengdu. A delegation of German entrepreneurs and Chinese entrepreneurs gathered together to discuss the innovative cooperation between Chinese and German SMEs at the two sides of the „One Belt One Road“ and around „Hidden Champion“ enterprises. They had great in-depth discussions and an interactive dialogue on topics such as the internationalization process and the future of China-German cooperation as well as new opportunities for German Hidden Champions.

„Hidden Champions“ refers to small and medium-sized enterprises that are global or regional market leaders. These companies have small revenues and are highly focused on market segments. Although they are not well known to the public, their market share is very high. The famous German management scholar Professor Hermann Simon first proposed the concept of „Hidden Champions“. According to statistics, 1307 of the 3.7 million companies in Germany belong to the Hidden Champions, which is the world’s largest number of „Hidden Champions“, close to half of the world.

As a company with 25 years of experience in cooperation between China and Germany, DeKang is honored to participate in this German company’s China trip. DeKang understands and respects the cultural and economic differences between the two countries and is very willing to contribute to cooperation between the two countries. We focus on developing investment plans for companies in both countries and creating a personalized path to success for the transnational development of companies.

Dieter Böning explained that the German Hidden Champions Enterprise Association will continue to deepen international cooperation and point the way for the development of SMEs in the new industrial revolution.

In her speech, Li Jingmiao pointed out that in the new round of transformation and upgrading of the global economy, the economic restructuring of China and Germany has provided a huge space for mutual complementarity and integration. The two sides are strong in developing new energy vehicles, intelligent manufacturing, artificial intelligence and similar products and prospects for cooperation in digitalization or other emerging areas such as 5G are broad.

As one of the representatives of German companies in this forum, DeKang learned from many other delegates‘ experiences in the cooperation between the two countries. From the speeches of Chinese political and business representatives, we also have a clearer understanding of China’s continued intention of cooperation.

Ending the itinerary in Chengdu, Pujiang, Chinese and German entrepreneurs and leaders took a group photo.

On October 29th, the group came to the beautiful mountain city of Chongqing, where they were about to start a two-day visit and participate in another interactive forum. 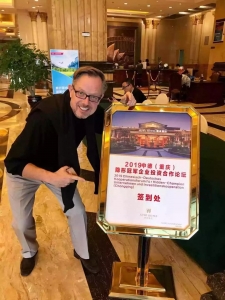 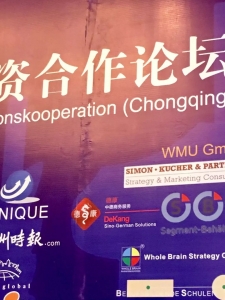 The next stop for German and Chinese entrepreneurs was Qingdao, Shandong Province. CEO of DeKang GmbH, Mr. Georg Türk, introduced the company’s key business: market access and market strategy consulting; comprehensive and effective strategic planning and implementation; market analysis / market trend observation; effective China-German B2B and B2C communication (to reach the customer at both sides); multi-faceted intercultural training courses. At the same time, he focused on the experience that DeKang has accumulated over the years in the medical field, and therefore introduced the medical industry as one of our key businesses.

In addition, he also introduced the outstanding contributions of DeKang to the mutual exchange of enterprises between the two countries, including providing a lot of help for investment and acquisition among many enterprises, and also providing for the development of enterprises in foreign countries. Management training, establishing market access plans, finding partners, and more are also part of the portfolio.

DeKang has set up a convenient bridge for mutual exchanges between many Chinese and German companies and has made great success in investment and acquisition among many enterprises.

There are more and more companies wishing to develop internationally, Mr. Türk has customized a detailed development plan. DeKang’s strong Chinese-German team will provide a full range of ideas, professional concepts, appropriate development models and successful implementation. The plan enables companies to be widely known in the targeted market in a short period of time and to continue to reach their target groups from short to long term.

DeKang provides a personalized marketing strategy for your business, including creating your own social media promotion channels in your target market and helping you find future target customers.

In addition to traditional marketing strategies, today’s society is increasingly focusing on the role of communication via social media. In response to this, DeKang will establish your own social media platform in the target market, as well as an effective communication channel with the target group, so that you can effectively contact with future target customers.

Ending the trip to Qingdao, Chinese and German entrepreneurs and dignitaries took a group photo.

After the forum, the entrepreneurs went to the famous Tsingtao Brewery, sipping a tasteful beer, and preparing to depart for the last stop of this trip.

In Yantai City, the last stop in China, Chinese and German entrepreneurs came to the Yantai Economic & Technological Development Area (YEDA) and learned about the Yantai Economic and Technological Development Zone. There are already 40 German-owned enterprises in the development zone, mainly in the fields of machinery manufacturing, auto parts, new chemical materials, building energy conservation, commercial retail and so on. The development zone attaches great importance to cooperation with Germany and hopes to deepen the cooperation and build a hometown of German enterprises in north of China. The two sides also clarified the future direction of cooperation and jointly contributed to the future development of both parties. 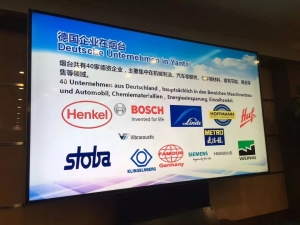 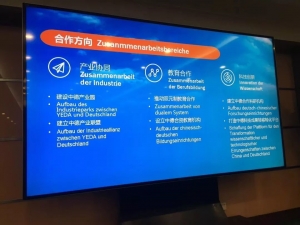 With the end of the activities in Yantai, Mr. Türk and other German entrepreneurs‘ Hidden Champions business trip was coming to an end. During this fulfilling week, they and the important people in the political and business circle of China have spoken freely and provided many valuable opinions for the deeper economic exchanges between the two countries. They also pointed out the direction for the small and medium-sized invisible champions of China and Germany and those who are interested in joining them.

In this extraordinary trip, Mr. Türk also met many of his good friends. 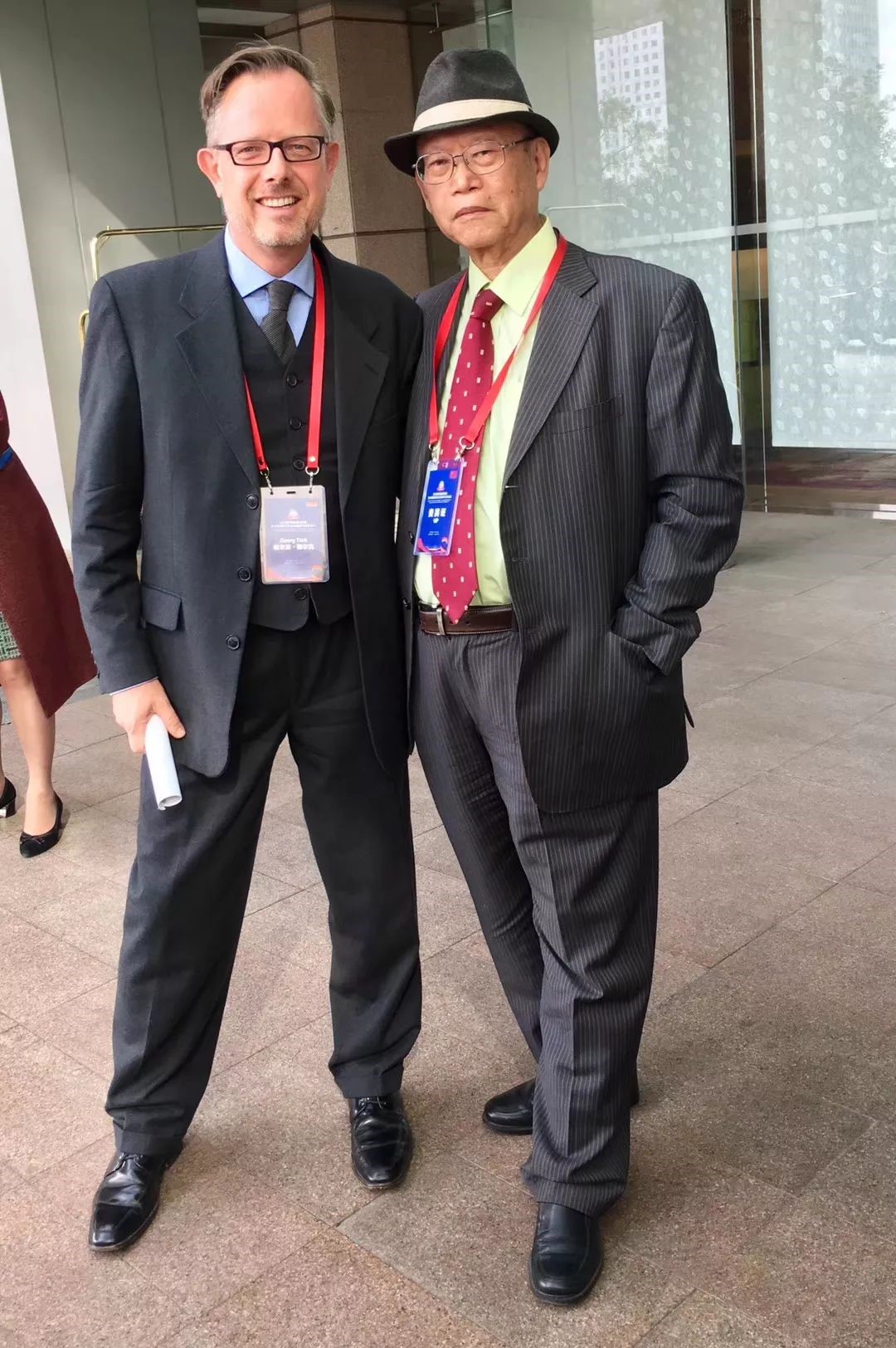 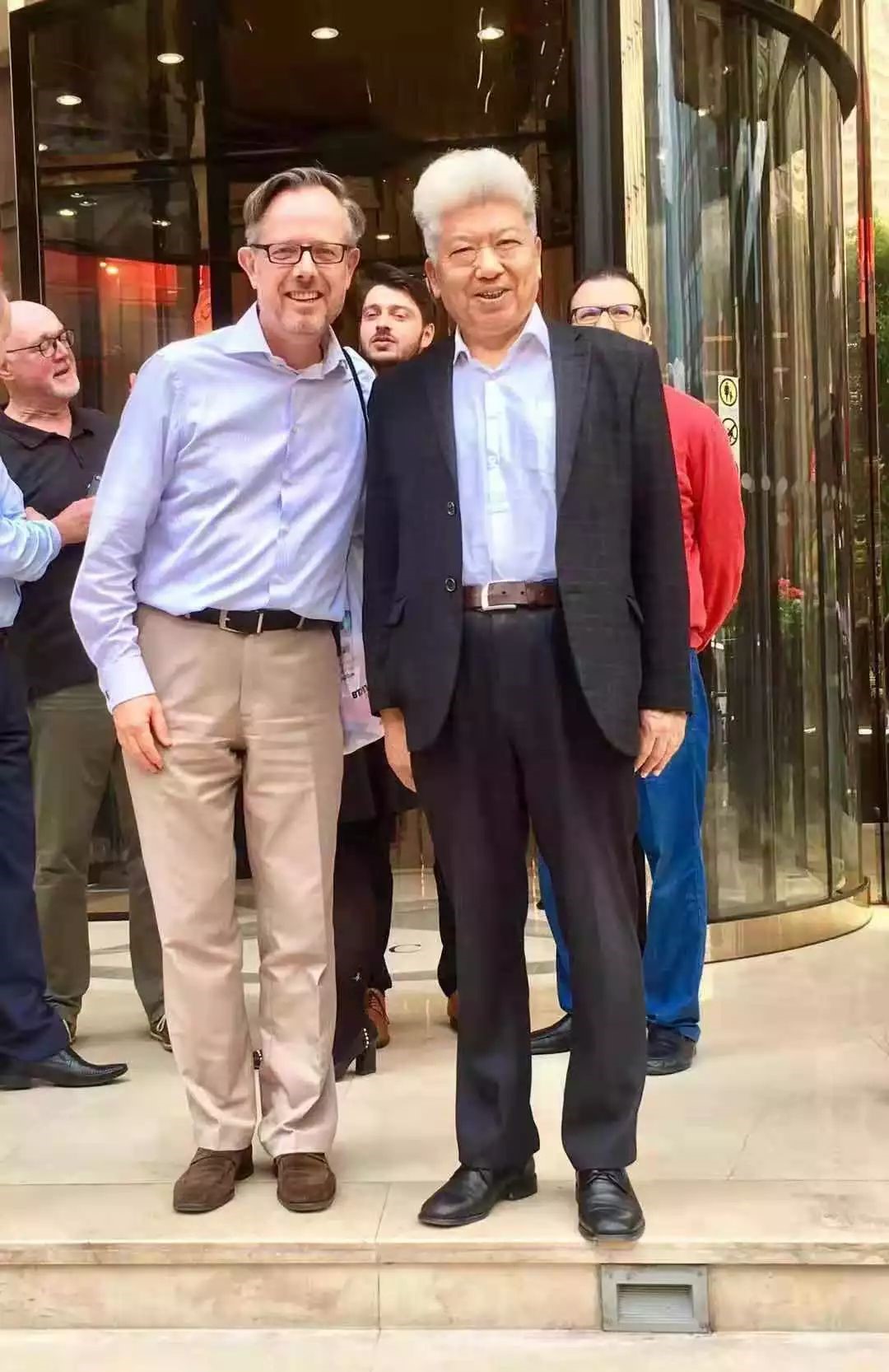 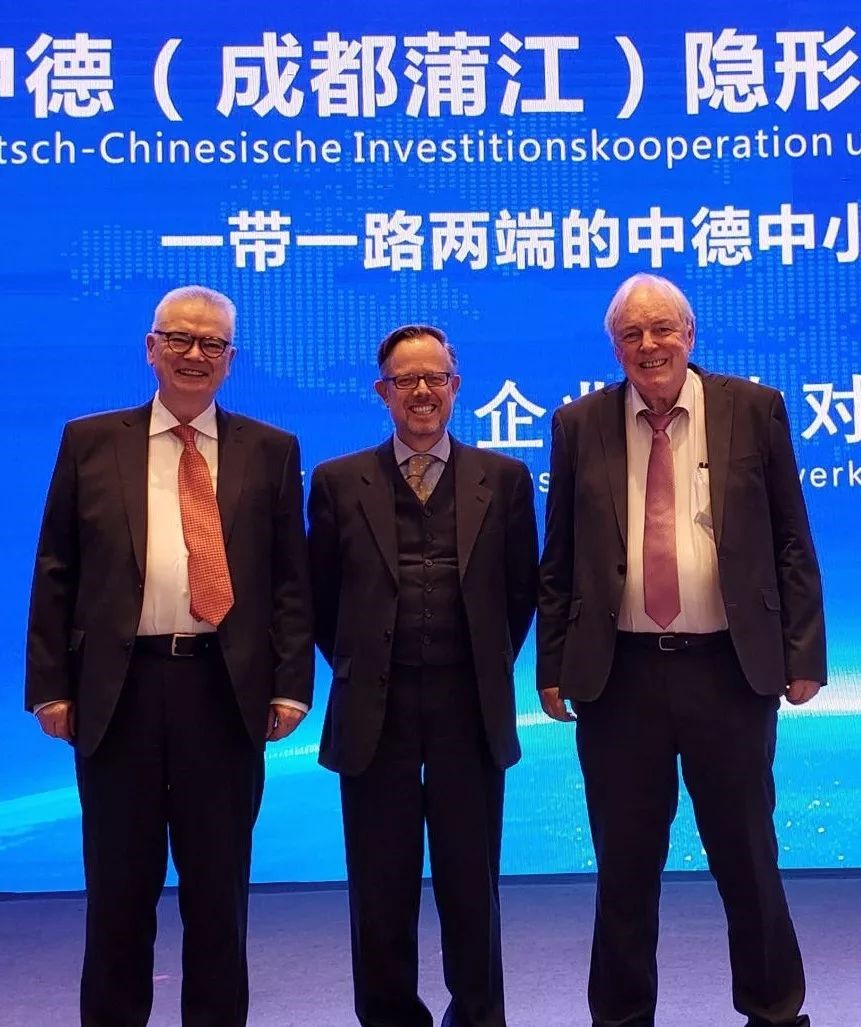 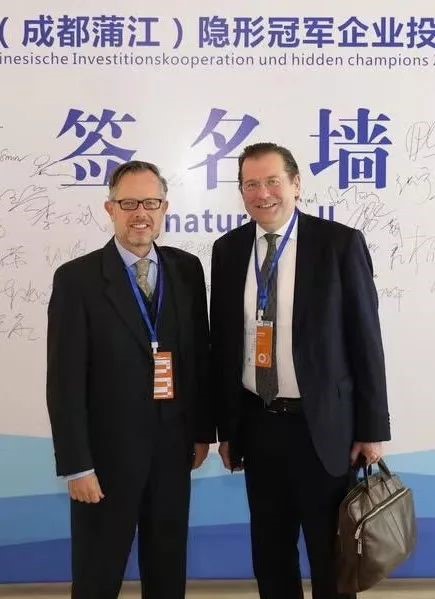